Beyond The Window – Pitching Sessions 2017

“The 21st century is all about mental illness. This leads to a commercial interest and a control over it. My dystopian imagination takes that control to the maximum: in this pharma world, one can only survive repressing emotion” Christoph Behl

“With “Expansivas” the idea is to raise a police film without policemen; A history inscribed in the genre but carried out by ordinary people. The main characters are females, self-sufficient and real engines of the action”. Ramiro Garcia Bogliano

“Perhaps the best way to define this script would be to say that it feels like Woody Allen meets George Romero. The shock between the characters Boris and Bella brings a new level to the concept of having zombies as a metaphor to contemporary society.”  Paulo Biscaia Filho

“My main goal is to create a new classic in the Christmas, family movie genre, with Hispanic audiences in mind. A fun story full of heart and sense of wonder and adventure, which may be shared amongst different generations.”  Gabriel Guzmán Sánchez

“The Arm is a cynic and nihilistic film, where the mystery isn’t solved and the survivors deal hypocritically with what happened. The severed arm functions as a kind of distorted mirror that reflects the abysm where all the characters find themselves.” . Ian Abé

“The sound of wind and animals. Watching the farm at night through the window of my grandparent’s old house. The bright lights of a creature lurking around.” Santiago Reale

“Collapse is a story that will catch even the most distracted viewer. As the film progress, the tension increases, exploring sordid and supernatural environments. I consider it an author genre film that will leave us thinking and terrified. Bernardo Antonaccio

“Project created in response to totalitarian states and oppression reigning in our world where the roles of oppressor and oppressed are interchangeable. Dynamic visual language, a cinematography with warm color, electronic music with tribal influences” César Oropeza – Henry Rivero

“It tells a story with a dramatic core, artistic quality and a detailed handmade-practical work. It portraits addictions and gender violence throught a fable without morb and moralism, aimed for a wide audience.” Lucila Las Heras

“Ten or more years ago, I wondered what would happen if death were not taboo. And more than anything, if it were not a border with no return. What would we do? I thought I wanted to make a movie that was an experience, that felt like an experience.” Adrián Gastón Fares

The woman has been the subject of abuse throughout history. It is part of us to generate awareness and be able to include it in our speeches. As director, to make visible their daily oppression is also to tell a horror story. Florencia Dupont

6400 ASA tells the story of Juan. Juan, is a failure type, with a routine and monotonous life. Juan is blanketed in constant paranoia believing to be two people at the same time. During the day, Juan is a bitter insurance salesman. While at night Juan is Linda, a sexy serial killer wrapped in a world of sex, drugs and power. Michael Milies Garcia

The Containment is a film that can be slotted into the horror genre and, the possession movies subgenre thereunder. The roles are reversed between good and evil, through a girl who herself carries pure evil and it’s a spirit who tries to contain her so that she doesn’t cause any harm. Jack Zagha

“Satoru is the tropicalization of the so-called “J-Horror” or Japanese horror. Ghosts through technology, telephones and monitors, all in the nocturnal context of San Juan, capital of Puerto Rico, a country in economic crisis and identity.” Ray Figueroa

History follows the type of story that is positioned in the area of uncertainty. Between the vigil and the dream, the universe of the fantastic is positioned on the sharp edge in which the laws that govern the real falter. Gonzalo Calzada

A MÚSICA DO DIA / THE SONG OF THE DAY
Brazil
Dir. M.M. Izidoro

What if Gondry and Chow directed La La Land? This is what I want to do with this ﬁlm. At this moment in history to talk about love is almost a revolutionary act. We created a movie that tell the story of people that were brought together by love. M.M. Izidoro

THE BEAST wants to be a blockbuster for the big audience, but always with an interesting, frightening, exciting and very emotional treatment. David Casademunt

The world of Virtual Reality in which the protagonists of ‘Calypso Nova’ are trapped, is a metaphor of the world that a person creates, when he/she takes for granted that X is his/her true love. This script is about the toxic side of romantic love. Aitor Garay

We scare the audience, make them laugh or just purely entertain with cool visuals, gags and action. And all that without emotion is an empty exercise. The over the top performances, gore and fun will make this movie a must see for horror fans worldwide! Marko Mäkilaakso

Eva and the astronaut tells the story of two survivors separated from each other by more than 20,000 km, who manage to contact, communicate and help each other in the quest for their survival.
It is set in the not too distant future and in a devastated world, almost desert, in which hardly any type of life remains.

When an accident forces Paula, a forty year old business executive, married with two children, to undergo a forced convalescence at home, she begins to notice strange things happening around her. Minor domestic accidents, each one more serious than the last, eventually lead her to believe that someone wants her dead. But nobody believes her because the someone who wants her dead is her own home…

A team of thieves slip into a birthday party held in the villa of a millionaire, pretending to be children’s entertainers. What was to be a robbery becomes an ordeal when they discover what is hidden in the house.

Like every Thursday, Luis and Camila are expecting dinner guests but this evening they receive an unexpected visit. Miguel and Tony, two young men who’ve just committed a crime, break into the solitary country house with the intention of stealing. When they attempt to murder Luis, suddenly the tables turn and the young thieves get a nasty surprise. Luis and Camila are vampires who cannot allow the assailants to leave their house alive. 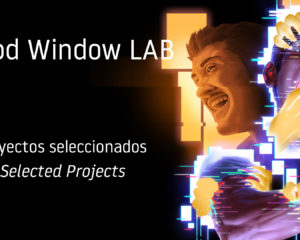