The Blood Window Midnight Galas screenings in Cannes made it possible to present the Latin American genre film alliance –which Sitges has joined in on this year– at the beginning of the top worldwide film market. The event sponsored by Sitges was held last Sunday and included the intervention of Sitges Film Festival director Ángel Sala, who emphasized the opportunities generated by a wide-ranging, emerging fantastic film market like Blood Window. Sitges’ screening was Santiago Alvarado’sCapa Caída, winner of the Noves Visions Experimenta Award at Sitges 2013.

Blood Window will have its very own category at upcoming Sitges 2014, with fantastic films from all over Latin America,  but at the same time will also have a cross-sectional profile; meaning that it will be incorporating movies included in other categories. This section is also looking to implement cooperation in co-production, the creation of talent and its industry recruitment. 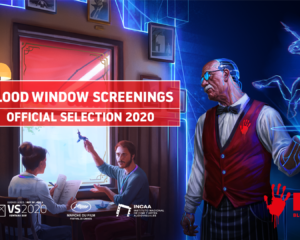